The pictures show the final mock-up of the console part of the box before wiring, and incudes the USB sockets and resistance meter connections.

The purpose of the resistance meter in this case is to provide a quick check on the value of a resistor which I'm unable to see. The connections are made using two small springs which have been cut down and bent to allow them to be attached to the console front, using a bolt and solder tag, for easy access. To check a component, it has only to be held across the two springs and the value will be displayed.

All the circuits and assembly for the console, as well as the Arduino code, are in the third part, but this concludes the PSU and wooden construction of the project. The last picture isn't working yet, but is where this is headed.

This is only necessary if going further with the box.

The console panel was cut out to accommodate the various controls as per the labelled picture. The photographs show the first console where the power sockets were opposite each other on base and lid. This has an issue depending on the plugs used which stops the lid closing. The new console layout drawings swap the console sockets with one of the switches so that when the lid is closed, they don't conflict.

The two banana sockets are the power in connections from the PSU in the base.

The switches are illuminated on/off for 12V, 5V and USB sockets, not fitted yet. Next to them are the power pins and sockets. Each power supply has a row of dupont sockets above a double row of pins in a header socket. This is probably far more than necessary but was easy to provide and doesn't take up much space. How they are soldered is shown in the rear view picture.

The idea behind using the PCB header sockets in the role, was to facilitate the use of an IDE plug and multiple wires to make an easy connection to the sockets with flying leads so I didn't have to be able to see the sockets well and the leads could be colour coded.

Next to the power sockets is the main display, 3.5" TFT, which will be driven by the Arduino, to display voltages, currents, resistance and digital pin status. It will also include a serial monitor and I2C connection.

The other pictures show the box with painted console panel in place, an Arduino board in place in the lid with external connections, and a trial layout of the buck/boost PSU modules.

3.3V sockets haven't been included in the design yet but I will wait to see how much they are needed in regular usage. 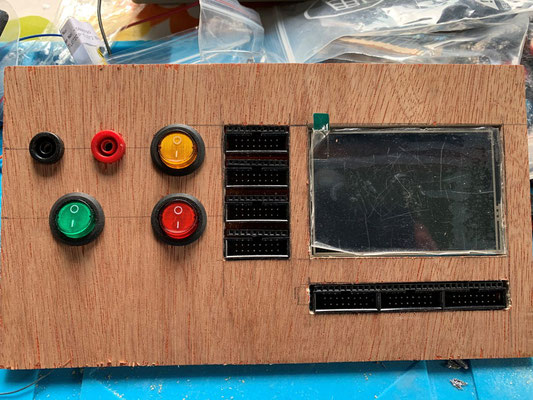 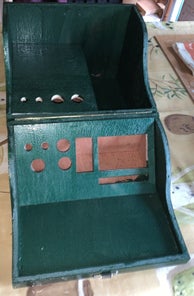 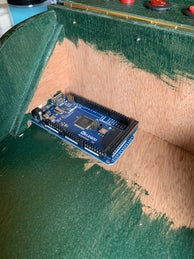 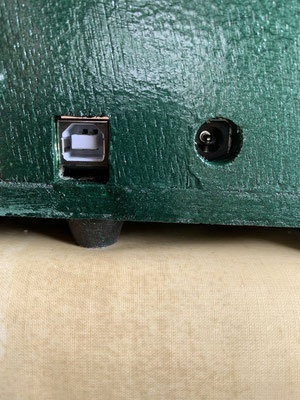 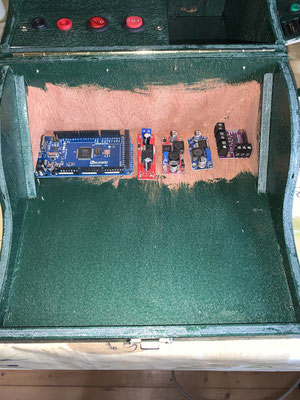 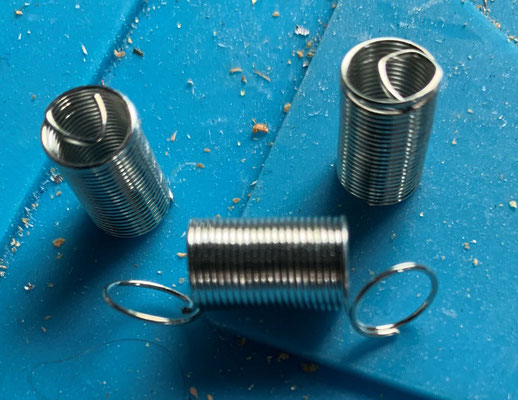 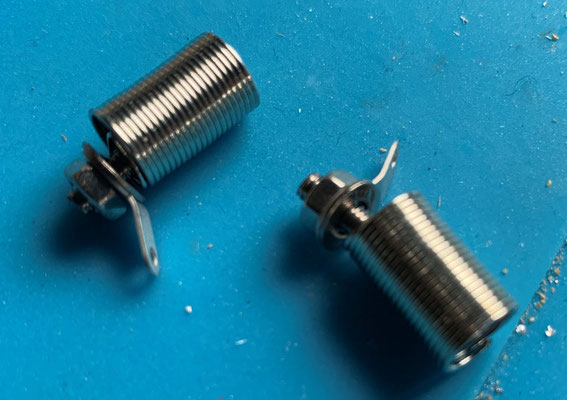