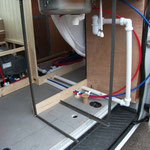 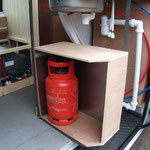 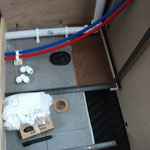 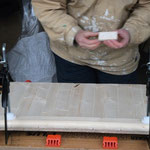 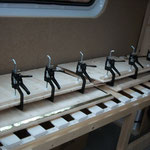 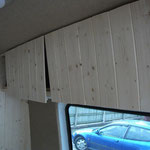 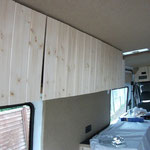 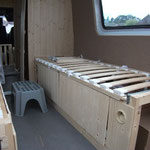 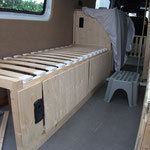 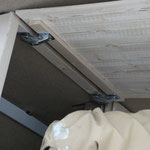 Worked on van since last weekend but its been a bit slow, Liz keeping the locker doors going and John doing bits and pieces.

Put up the steel angle supports for the workbench and the gas locker. Finally put the locker together from the bits that were hanging around for weeks. Bit of a pain here as they had warped in the garage. Cut the angle on the gas locker by tilting the band saw over at 45 degrees and holding by hand which added to the slightly warped effect. Eventually used Sikaflex everywhere and put screws in to hold everything together while it set.

Cut up sheets of mild steel sheet to line the locker and eventually stuck them in with Sikaflex.

Lots of little jobs as well, such as adjusting the sink drain pipe, which may need a new trap as the gas locker is slightly larger than planned.

Pics show completed lockers by Liz. They will have to be redone but will do for this summer, a bit of a learning experience, but still it looks miles better.