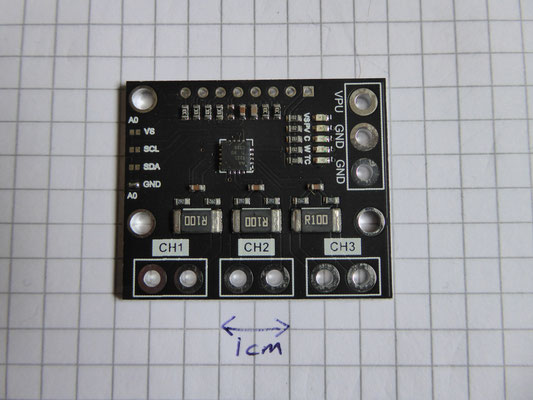 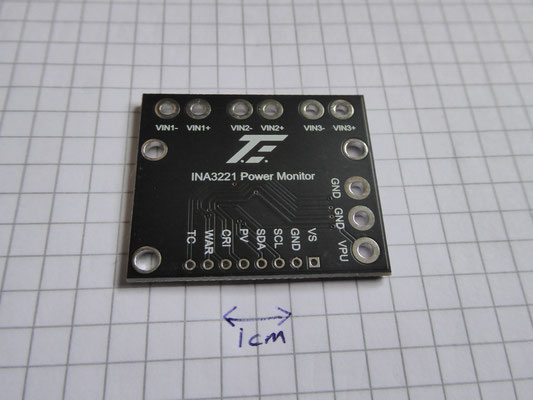 This module comes in several guises for use with battery chargers, most of which come on a purple PCB. This version shown in the pictures is on a black PCB and implements the INA3221 as per the datasheet.

This is a very capable module and is much more than a triple INA219 which it first appears as.

As well as providing basic current and voltage measurements, the module has built in alarms which can be used to issue alerts when user set limits on measurements are exceeded. These can also be wired to take action directly when triggered.