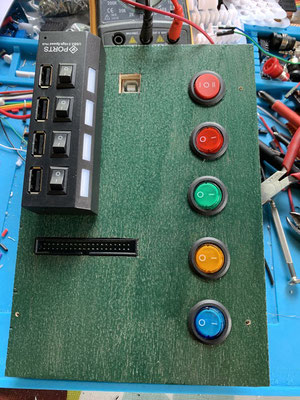 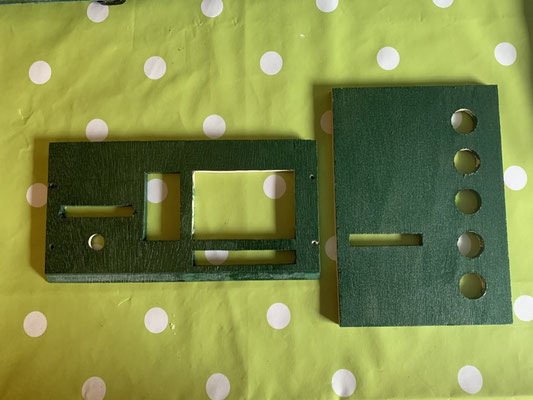 To fit the new power supply layout, new panels needed to be cut, the layout of these is in the pdfs, as well as an extension to the side of the lid to give more space to the wires behind.

The power supply in the original was via banana plugs and sockets, but with this one having multiple power supplies, the connection between lid and base is via a 40 way ribbon cable. The socket is is soldered to a piece of matrix board which is pushed through the hole made for it and screwed in place. The sockets are keyed so when fitting them to the boards they need to be lined up to ensure the the ribbon cable used fits neatly between them and isn't reversed. I've used a 20cm ribbon cable which at the measurements used just folds up nicely as the lid is closed.

To build the PSU circuits, they were assembled on the panel and screwed in place, either with spacers or pcb clips. Both were printed on a 3D printer in this case but that isn't necessary, just that the boards are secured. I've added the .stl files in case anyone wants to make them quickly. 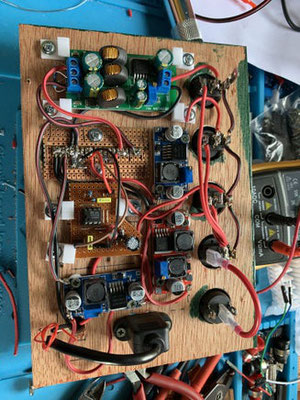 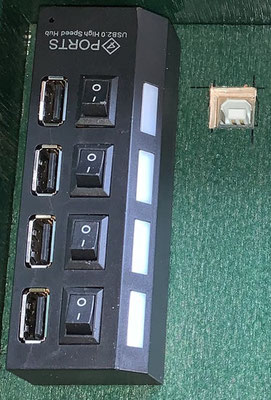 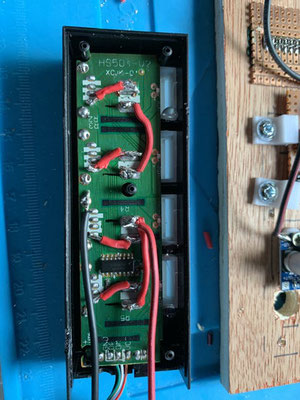 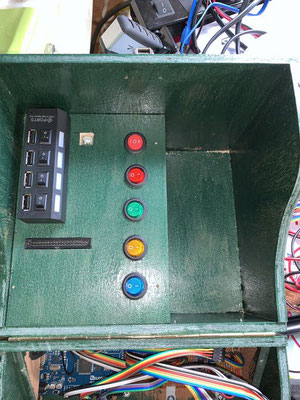 The original USB supply was a pair of sockets in the lid fed from a separate 5V supply and providing only power. Because I wanted this to be as portable as possible, I decided to put a USB hub in the build, fixed in the base, and with a modified power supply fed from a 5V buck converter. This hub can also be used with the programming computer as a USB hub simplifying connections.

The base of the USB hub was prized off and the connections shown soldered on to the board. The lead was replaced by a USB type B socket with only the signal and 0V connections soldered to the USB hub circuit board. No traces were cut in this modification, just the 5V supply is enhanced by thicker wire to the USB power switches in the hub and an extra wire taking the power directly to the pins on the sockets, bypassing the circuit board traces.

This does mean that the supply is now limited to 3A instead of the usual 500mA, but will power a Raspberry Pi.

To fit to the top of the PSU panel, the base of the hub was screwed down with a hole placed for the wires to pass through and the hub reassembled on top.

The completed PSU panel is shown in the picture. 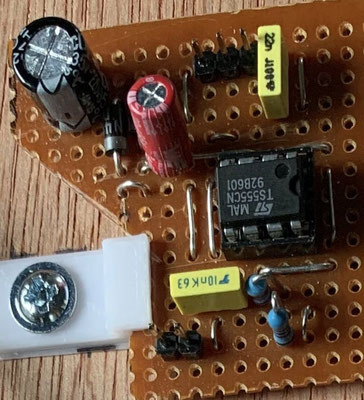 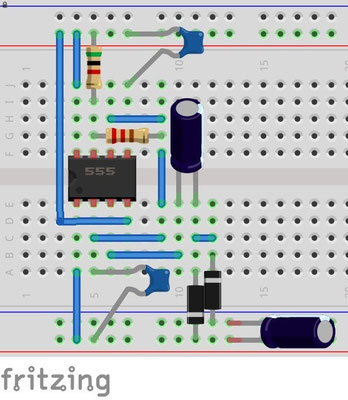 The resistance meter and volt meter circuits use buffer amplifiers which need both positive and negative supplies. The positive supply is obtained from an up/down buck convertor which supplies a steady +12V independently of the external source. This feeds the lid circuits and the negative voltage generator. Originally this was included on the same matrix board as the other electronics but has been cut off to be placed in the base. The circuit for this is shown and is a common 555 timer circuit for this purpose. It only supplies enough current to run the buffer amplifiers and isn't needed for anything else.