This is my now standard project board of which I've made a few, usually making another when the others have been fully in use for to long. There's not to much to it but the following picture will show you all you need to know. I could have used a blank board, but an active board shows one in use designing the electronics for the mk2 version of the project box.

The board is made of 9mm plywood and painted to prevent the surface coming away in use. To the underneath are stapled two strips of Velcro, the loop side, which extend over one edge to make a tag for pulling on. In my design they are about 30mm in from the edges. The idea is that the Velcro strips anchor the board into my project box, but they also provide a useful cushion when using the board independently on a table.

With the tags at the rear of the board, the top left-hand side is occupied by a breadboard area which is made up of two MB-102 boards with one power supply strip removed in the centre. To the left is an area drilled and fitted with standoff to support a fixed experiment board. So this is typically an Arduino, an ESP8266, PIC or a Raspberry Pi, but also as this is for use with general electronics projects, and additional variable symmetric power supply. That's what I use it for, but it can be anything that fits. It can also be used with more Velcro to make small daughter boards that can fit onto the end space to carry the required module and be exchanged with others as required. 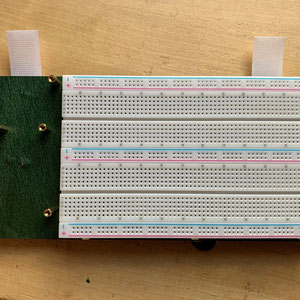 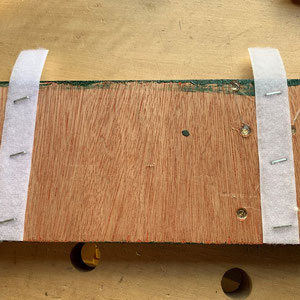 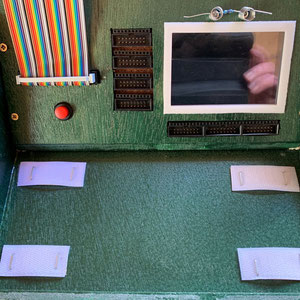 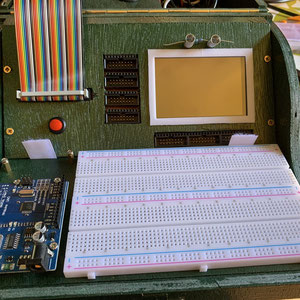