Picking up the bathroom 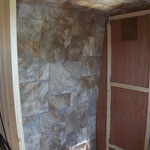 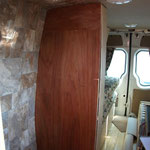 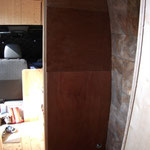 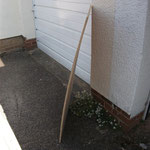 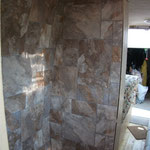 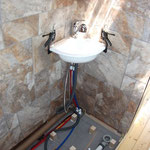 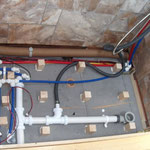 Coming back from holiday had created a hiatus which we found difficult to get over and get started again. The motorhome works, just isn't finished. Decided to line the bathroom with flooring vinyl and bought a length to cover the sides. Used double sided tape to fix it to the walls. Lying it out on the drive, measured out the shapes and just had enough, wasn't the square area that was the problem, but fitting the pieces to it.

Varnished the walls first to seal them and then stuck the vinyl up. The original floor was ok to stand on to work on the walls but had bowed out of shape too far and we had to buy another large sheet to make a new one. Positioned wooden blocks across the floor to support it and Sikaflexed them down, screwing the floor to it.

We had bought a shower tray to fit the bathroom so there was really only one way for it to fit, it would solve several problems in one go, but was a pain to test as it didn't fit easily in between the walls.

Had a bit of trouble finding a suitable sink but eventually got a small one which worked with the the size of shower tap we had bought.