...for Arduino or Raspberry Pi or PIC or anything for that matter

...or basically any electronics projects that need basic power supplies, easy breadboard storage and a bit of test equipment. 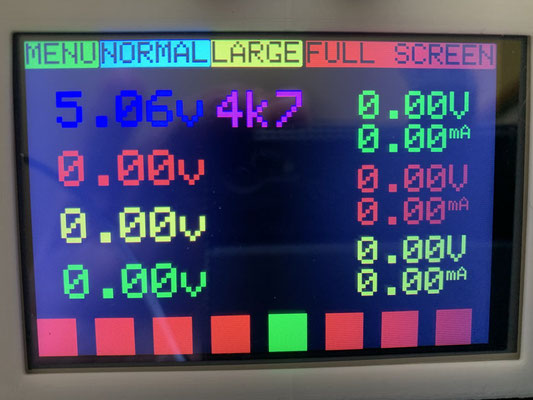 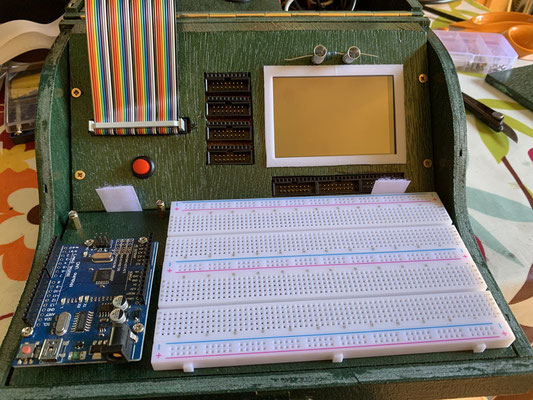 The core of this project is portability, I wanted to be able to carry my projects about easily, not have bits lying about, and be able to take my ideas on the road in my motorhome without a string of extra bits coming too. There are now two versions of this(or three depending on your counting), so the menu system has been changed to reflect that, the first version started as an afternoon project that went a long way. The second is after having used the first for a few months, realised what I really needed!

Another aspect to this project is that my eyesight is getting poorer, and having a concise project environment is important. The digital display used is 3.5" which allows me to have much bigger numbers in front of me than many multi-meters and they are very definitely illuminated. One important one was the resistance meter as I can't read the colour bands well now. I used a touch screen display so that most switches could be eliminated, easier construction.

There are four headings on the left, the project board which is really useful wherever its put, the version 1 box and then the version 2 box, after I found the shortcomings of making the version 1 there's also 1.5. Makes sense I suppose, but that probably means there'll be a version 3...and so on...but the idea isn't to make project boxes, its to do projects!

The code and console electronics are held under the version 1.5 section, they're the same for both version 1's. The idea behind the console is to provide a range of basic inbuilt functions.

- capacitance meter - not included on v1

- serial console - not included on v1

- oscilloscope - not built in yet on v1

- logic analyser - not included on v1

- component tester - not built in yet on v1

These features were mostly included so that I didn't have to have a separate box to carry around and would provide enough to get by.

Software and additional feature information is held on github