This is similar to the tipping platform, but with a skip shaped container instead. Its intended as part of a rubbish collecting robot. 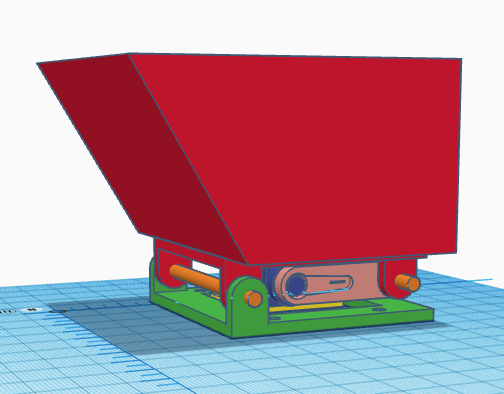 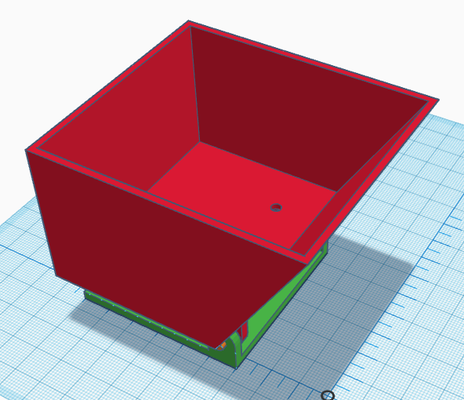 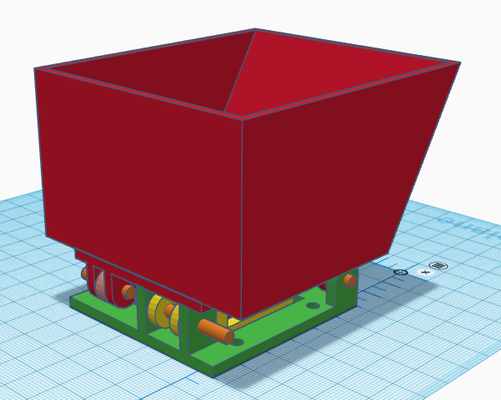 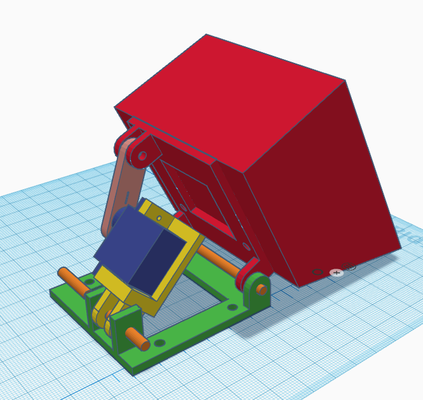 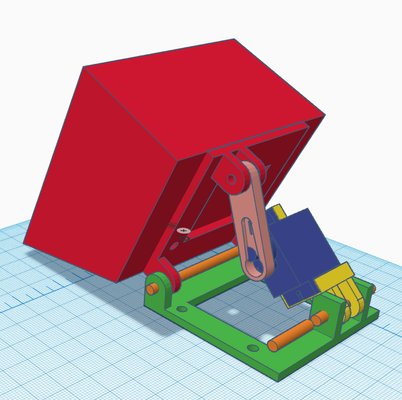 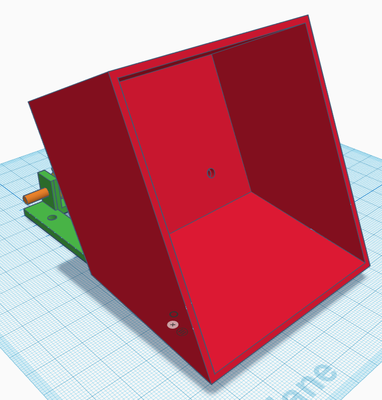 The tipping platform will move to about 65 degrees so the hopper has to have a sloped end to allow everything to fall out with gravity.

This is intended to be used either alone as a small dump truck robot, or with a gripper, as the rubbish collecting robot.