This is a simple one SG90 type servo driven tipping platform. Default 90 degrees is partly tipped so that 180 degrees on the servo is about 65 degrees of tip, 35 degrees of servo is flat. 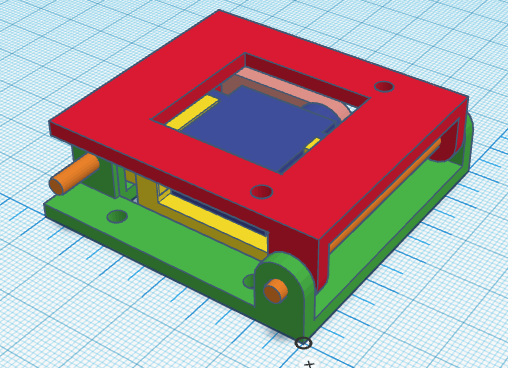 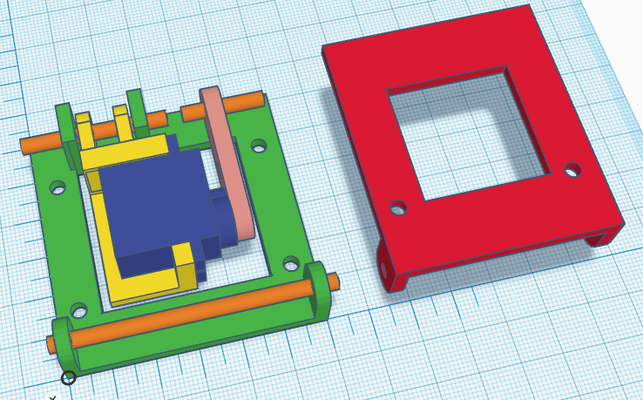 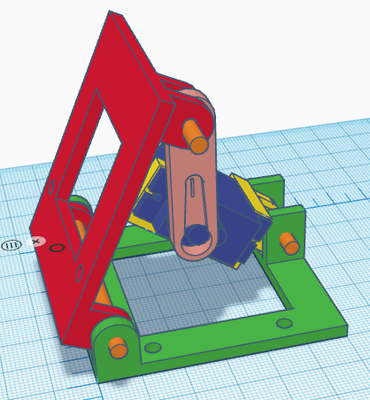 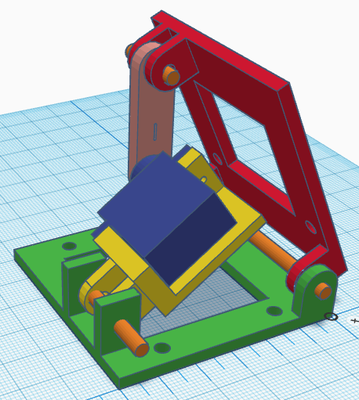 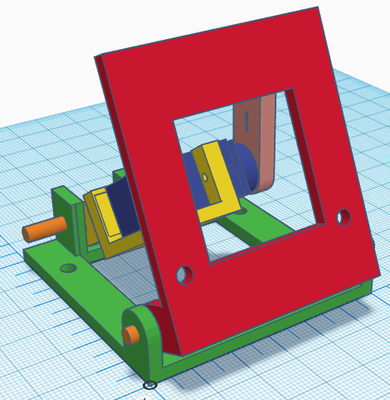 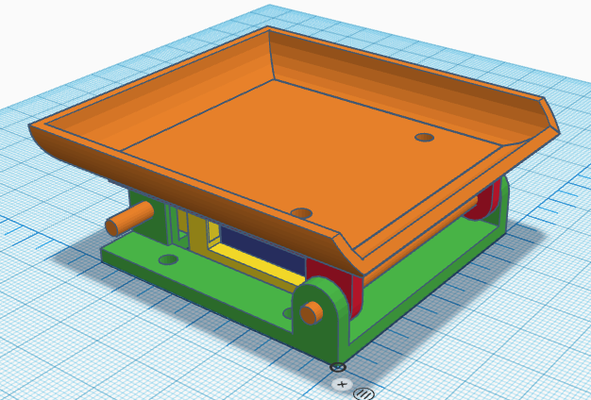 The tipper in intended to be mounted either length ways or sideways on a robot platform and the orange axles were either long M3 bolts or M3 studding cut to size. When assembling, its a mixture of setting the servo at 90 degrees so that it isn't tipping to far when initialised, and setting the servo to 180 degrees and then attach the servo horn with the platform at the maximum desired angle. When testing, be prepared to switch off power to the servo in case it goes to far and burns out!

The .stl files are available for download below, and the original designs can be copied from Tinkercad by searching for Tekyinblack/SG90 Tipping Platform. It's also on Thingiverse.